For private-sector employers who offer group health insurance plans and have 20 or more employees, the Consolidated Omnibus Budget Reconciliation Act (COBRA) requires that continuing medical care benefits be made available to former employees who lose their coverage due to a “qualifying event.”

There are seven triggering or qualifying events. In this article, we’ll discuss employers’ responsibilities under COBRA as they relate to the two events that apply to retirees and employees who become entitled to Medicare.

Is Retirement a COBRA Qualifying Event?

Under COBRA rules, “employment termination” is a triggering event if it results in loss of coverage for a covered employee, spouse or dependent children. While the termination can be involuntary (“for cause”) or voluntary (retirement, for example), being fired for gross misconduct disqualifies former employees.

In most cases, employers who cover retirees under the same health plan and conditions as active employees need not offer COBRA coverage when an employee retires. When retirees are covered under a separate group health plan or under the same plan as active employees but with different terms, however, employers must offer at least 18 months of COBRA coverage at the same time they offer retiree medical coverage.

If a retiree’s spouse or children lose coverage due to a qualifying event (death of the retiree, divorce or a child’s ceasing to be a dependent), employers must give them the opportunity to elect continued coverage, with a maximum coverage period of 36 months from the date of the qualifying event. The only exception is if the employer’s retiree coverage is, by design, provided for only a fixed period to the retiree’s immediate family and would not end upon the occurrence of a COBRA-qualifying event.

Employees are eligible for premium-free Part A if they are age 65 or older and they or their spouse has worked and paid Medicare taxes for at least 10 years. Covered employees are entitled to Medicare when they are both eligible and enrolled in the Medicare program. “Medicare entitlement” – which can be a COBRA triggering event – rarely causes a loss of plan coverage for active employees, because Medicare Secondary Payer provisions of the Social Security Act prohibit terminating group health plans for employees entitled to Medicare (forcing Medicare to be the primary insurance). So it is rarely a COBRA qualifying event for active employees.

But, Medicare statutory rules allow employer-sponsored group health plans to reduce or terminate coverage if retired employees become entitled to Medicare due to age. If employers take such action and it leads to a loss of coverage for retirees’ spouses or dependents under the terms of the employer’s retiree coverage, then Medicare entitlement constitutes a triggering event for the qualifying beneficiaries.

In this scenario, COBRA requires employers to offer the affected spouses and children to elect up to 36 months of COBRA coverage from the date of Medicare entitlement.

Would you know what to do if you received word an employee had just passed away? Not only is it a COBRA qualifying event, but payroll must be processed a certain way. Find out more in this blog post. 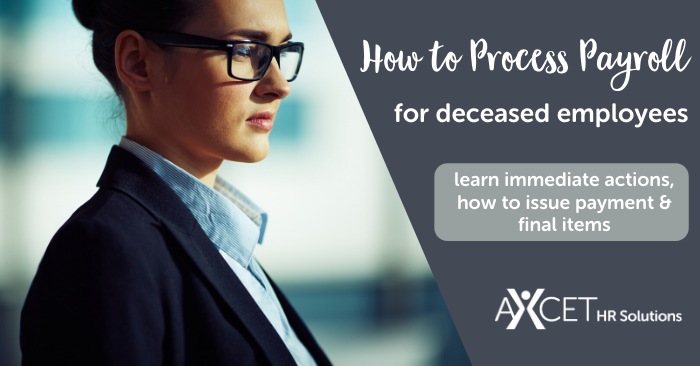 The IRS is authorized to assess an excise tax penalty for an employer’s failure to follow COBRA guidelines after a 30-day grace period to correct a negligent or accidental violation. The minimum excise tax is the greater of $2,500 for each beneficiary affected by the rule violation or $100 per day during the employer’s period of non-compliance. In certain circumstances, employers can be subject to a penalty of up to $15,000 instead of the minimum. The maximum excise tax an employer can pay in one year is the lesser of 10 percent of the employer health plan costs in the previous year, or $500,000.

Because the Department of Labor (DOL) administers the Employee Retirement Income Security Act (ERISA), which regulates the administration of retirement and health benefit plans, it also can levy penalties for COBRA notification and disclosure violations. The DOL has established a per-diem ERISA penalty of $110 per day, per violation.

The cost of non-compliance can add up fast for employers, who should consult legal counsel and HR experts to ensure they properly meet all COBRA requirements.

Administering an employee benefits program can be time-consuming and difficult.  Find out how Axcet helps businesses like yours. 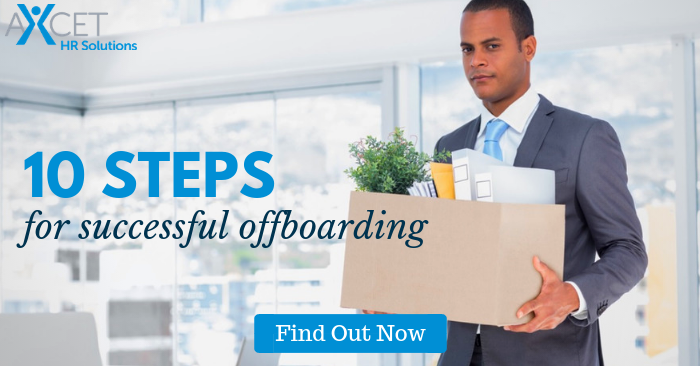 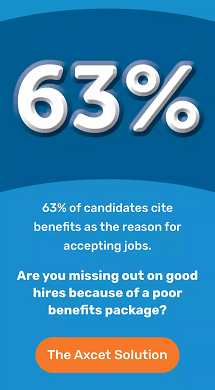