Back to Work: When Employees Refuse to Come Back Defying what economists had predicted due to the coronavirus’ impact on business, unemployment suddenly fell in May with 2.5M jobs added as the economy began to reopen. Then in June, another 4.8M jobs were added, and in July, another 1.8 million jobs, dropping the national unemployment rate to 10.2% (from 14.7% in April 2020). Locally, the Kansas unemployment rate was 7.2% in July and Missouri was 6.9%.

In response to the jobs report, economists at Glassdoor explained, “One powerful revelation from today’s jobs report is how swiftly U.S. job growth can bounce back once officials give employers the green light on reopening.” While businesses across the country are bouncing back into action, what about furloughed employees? Are they as eager to get back to work as business owners are to regain operations?

Not necessarily. In fact, some furloughed employees are refusing to go back to the workplace — at least for now. According to a COVID-19 Employer Flash Survey, only 32% of employers in “recall mode” are seeing considerable employee cooperation — others are being met with resistance. Of the employers in “recall mode” who have experienced resistance, 28% cited employees didn’t want to return to work because they would rather continue to receive their unemployment compensation and 26% said it was due to fear of the coronavirus. 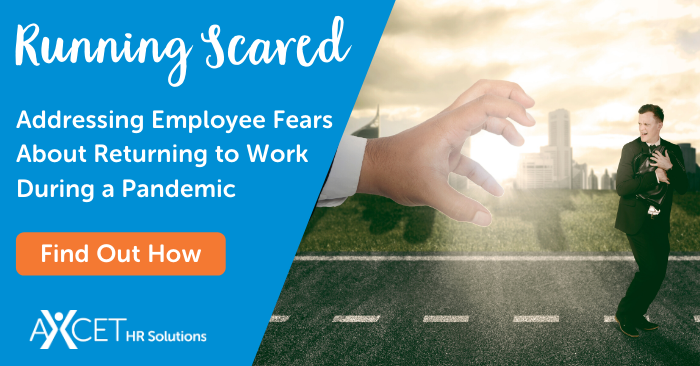 Why Additional Federal Unemployment Benefits Are Causing Problems for Employers

With millions of workers receiving expanded unemployment compensation, some business owners have said the additional $600 per week benefit has created hurdles in their reopening, citing an inability to hire workers who were earing more through unemployment benefits.

Fast forward to the end of July, when a stalemate between Republicans and Democrats resulted in the termination of additional compensation for unemployed workers. With negotiations far from a point of agreement, President Trump issued an executive order for an additional $400 per week in compensation for unemployed workers. To receive the additional federal benefit amount through the Lost Wages Assistance program, states must apply through FEMA for 75% of the total additional weekly benefit amount of $300 per week. Then states can opt to kick in the remaining 25% or $100 per week in additional aid.

Locally, Missouri is already paying out the additional $300 in unemployment benefits under Trump's executive order and Governor Parsons has stated he supports the additional $100 per week, but no arrangements have been made for that portion yet. For more information, click here.

In Kansas, although Governor Laura Kelly has not officially applied for the Lost Wages Assistance program, she has stated she plans to do so, and will be one of few states kicking in the additional $100 per week, bringing the total additional benefit amount up to the full $400 per week. Click here for more information.

Has the reduction in benefits resulted in fewer workers declining job offers and more individuals seeking work? It is likely too soon to tell. The August jobs report is due to be released any day. That said, the House and Senate are still in negotiations for the next stimulus plan. The House continues to push for the renewal of the additional $600 per week in federal unemployment compensation and the Senate seeks to reduce additional federal unemployment compensation to $200 per week.

If you're an employer who feels the additional unemployment compensation has negatively impacted your ability to hire and rehire workers, here's what you can do about it:

Typically, when workers quit or refuse a job offer without “good cause”, they lose their unemployment benefits. However, under the CARES Act, “good cause” has been expanded to cover COVID-19 situations (i.e., the worker or a member of the worker’s household has been diagnosed with COVID-19, the worker is in COVID-19 quarantine, the worker has a pre-existing medical condition that makes him vulnerable, or the worker must care for family members/children). Additionally, a worker can also refuse to return to work and continue to collect unemployment benefits if the employer is not in compliance with reopening guidelines and the workplace is considered unsafe. However, general fear of the coronavirus is not an acceptable reason to refuse work and continue to collect unemployment benefits. 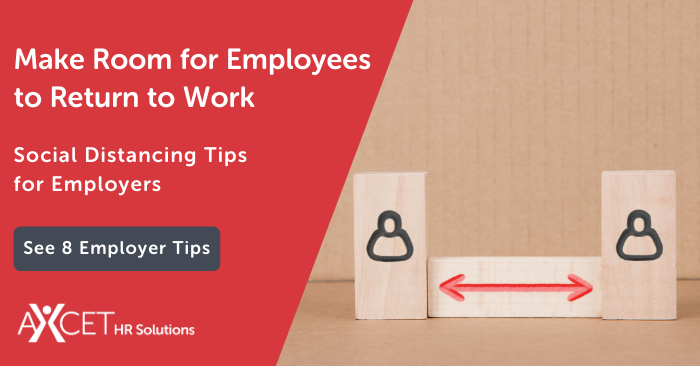 What Can Employers Do to Incentivize Workers to Return to Work?

Having experienced resistance when calling employees back to work, employers are wondering what they can do to motivate workers to leave their unemployment benefits behind and return to work. While monetary incentives would likely work, there are other ways that may get the job done in a more cost-effective manner.

In the end, some employees may need a financial incentive to return to work such as hazard pay or a return-to-work bonus.

Continued Refusal to Return to Work

In some cases, workers will continue to refuse to come back to work without “good cause”. In these cases, employers should:

Diversity in the Workplace is a Bigger Deal in 2020 Words of Comfort: How to Support a Grieving Employee