Pay Transparency in Job Postings? It Could Be the New Norm The talent recession continues, and job candidates are firmly in the driver’s seat during the hiring process. One example of this newfound power is the emerging trend of states and municipalities requiring employers to include salary information in job listings.

RELATED: How Much Should I Pay My Employees? >>

Most recently, Washington state amended its Equal Pay and Opportunity Act to mandate that employers disclose in every job posting a wage range for open positions, plus any other benefits or compensation being offered. The new law, which takes effect January 1, 2023, is similar to legislation passed recently in New York City and Colorado.

To date, 15 other states require (or will require) employers to disclose wage information to job applicants who request it. These laws are designed to essentially make pay scales public information, thereby reducing gender bias and heightening pay equity in employee compensation. More jurisdictions are expected to follow suit in the months to come. 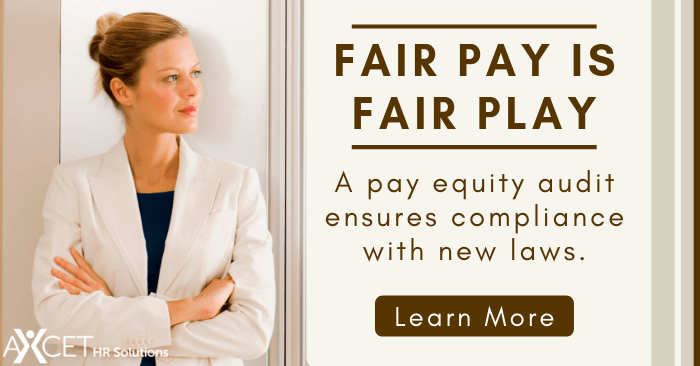 Recognizing the trend, Inc. magazine has called 2022 “The Year of Pay Transparency,” and LinkedIn listed pay transparency among its “Ideas that will change the world in 2022.” The train is already rolling, and employers should be ready to get on board – especially if they operate in multiple states, and even if the states they do business in don’t yet have pay transparency laws on the books.

Those requirements are not yet imminent in Kansas or Missouri, but small businesses in the region still should prepare for the possibility that full salary disclosure in job advertisements could become a future standard practice. The tight labor market is translating to more negotiating power for job seekers who are in short supply and high demand. As a result, candidates will likely come to expect employers to post salary ranges, even in states that don’t mandate it.

What employers can do now:

Salary transparency not only encourages pay equity, but also can create advantages for small businesses competing for top talent in a tight labor market. Taking a don’t-ask-don’t-tell approach could do more harm than good, while proactively sharing compensation information can help employers succeed in a new employment era where job candidates can make more demands.

Q&A: How to Respond to Inflation-Based Pay Raise Requests